RegisterWatch Recording
Thank you! You will receive a ZOOM registration link via email within a week prior to this webinar event.
Oops! Something went wrong while submitting the form.

The massive development of hydrocarbons from carbonate reservoirs in the 1950s and ‘60s paved the way for using these reservoirs for 21st Century industries such as lithium, geothermal and sequestering carbon dioxide. It’s back to the future for geologists and engineers alike as we go back to the large scale, regional type of work that most of us have not done for decades to reinterpret the wealth of information contained in old logs, cores, DSTs and production histories. 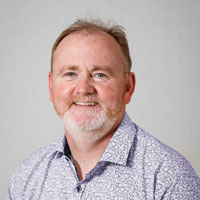 David is a geologist, geomodeller, and occasional illustrator and photographer with 23 years of experience in the Canadian oil patch. David completed his B.Sc. in Geology and Oceanography from the University of Southampton in 1993 and then moved to the University of Alberta to study modern carbonates under Dr. Brian Jones. Shedding the chains of academia, David made his first mark as a writer for Canadian Discovery. There he has written and illustrated over 80 articles detailing new exploration across the entire Western Canada Sedimentary Basin. David then moved to Devon Energy, spending ten years as an area geologist, working the carbonate fields of the Debolt at Dunvegan and Slave Point at Swan Hills, before eventually becoming Devon Canada’s Carbonate Specialist. After refusing the enticements of a move to Oklahoma with Devon, he started a role with Enhance Energy, where he was the senior (and only) geoscientist in the development of Alberta’s first large scale carbon capture, utilization and sequestration project at Clive, Alberta. In addition to his geoscience roles, he also had a lead role in development of the Clive Monitoring, Measurement and Verification (MMV) Plan. David is currently consulting as a geoscientist and carbon capture specialist.